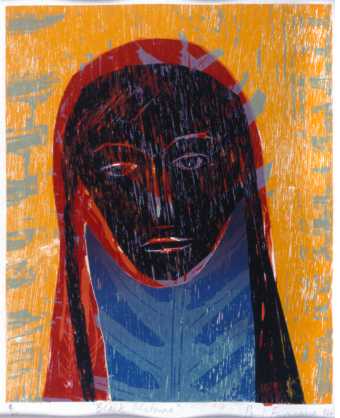 Lhéritier’s five-part (SATTB) motet Nigra sum sets words from the Song of Solomon, that curiously ambiguous Biblical text describing the love of King Solomon and the Sulamitess. Whether taken as purely sensuous love poetry or fervent allegory, composers over the centuries have had rich pickings from the Song, and Lhéritier seems to have been particularly taken with it, setting Nigra sum at least twice more (a four-part and a six-part version also survive). It is interesting to compare Lhéritier’s use of the text in his motet with Palestrina’s in his own Nigra sum motet: where the latter uses a good chunk of the actual text, Lhéritier sets but three lines, the last two of which are a kind of paraphrase, explaining the striking opening statement (Nigra sum sed formosa – ‘I am black but comely’). It is also worth noting that nigra here does not mean black in the sense we might understand it today: in the canonical text, the woman explains that her skin has been unbecomingly darkened by the sun, for her brothers forced her to work outside in the vineyards.
The opening line of the text also perfectly describes Lhéritier’s motet: a ‘dark’ brooding opening beginning in the tenor, the pace slow, before the music gathers momentum and becomes more ‘shapely’ as Palestrina-esque lines weaving in and out of the textures.

This entry was posted in music. Bookmark the permalink.